The Fort Edmonton Park Enhancement project included improvements and additions to many aspects of the park, ensuring it remains a top destination for Edmonton and Alberta for years to come.

The Indigenous Peoples’ Experience (IPE) included constructing a new educational exhibit hall and site development, which required the site to remain as natural and undisturbed as possible. Specialty fit-out construction included signage, theming, audio-visual, lighting, and a sound system. This part of the project also included the outdoor Traditional and Food Arbours feature, giving space to highlight traditional Indigenous ceremonies from food preparation techniques to ceremonial dances. Elements of the IPE project were designed and constructed by local Indigenous organizations in conjunction with Clark Builders’ responsibility as Construction Manager.

The existing Midway was expanded to include new structures and site development, elements for rides, games, theming, show audio-visual, and a themed light and sound system. In addition, the project included the front entrance of the park, train barn, significant utility upgrades throughout the park, and upwards of 30 special projects, many of which focused on historical restoration. 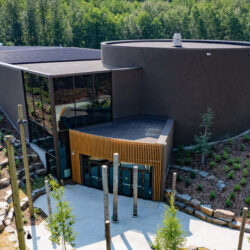 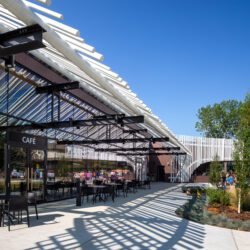 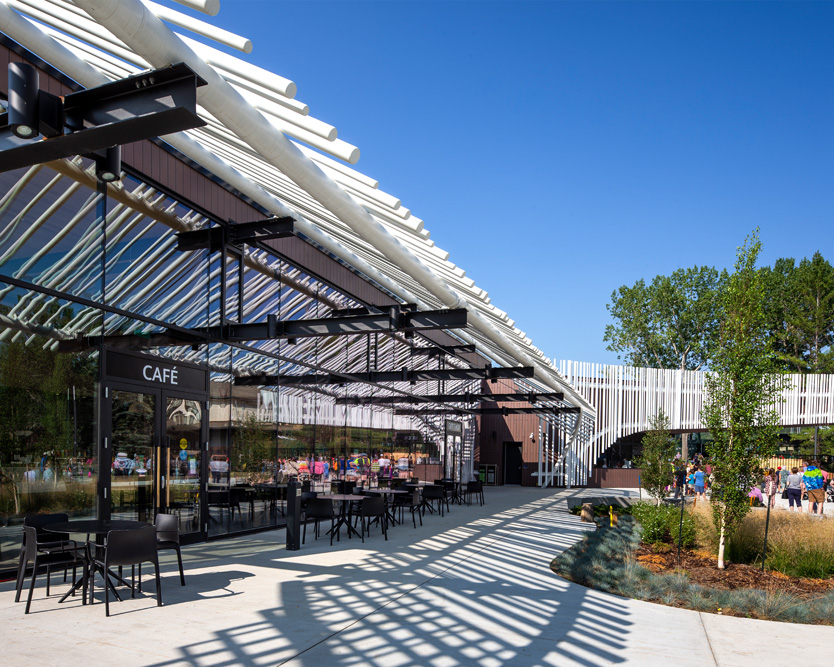 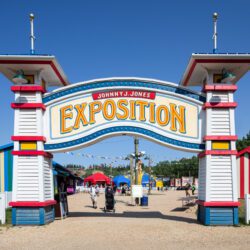 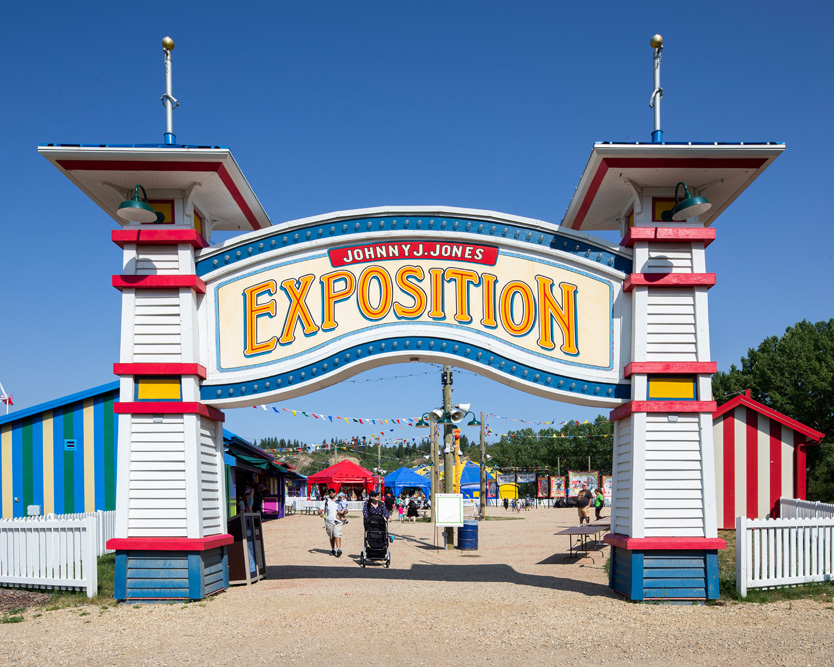 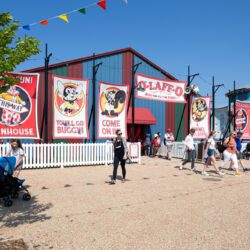 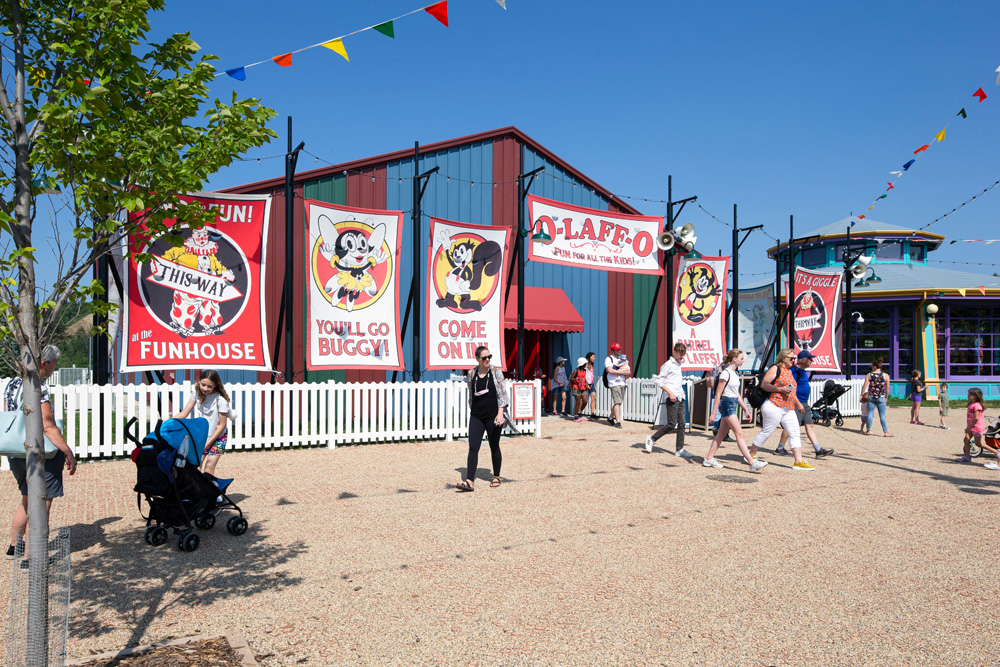 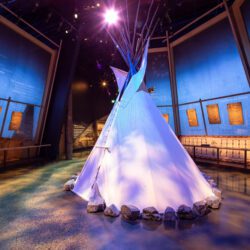 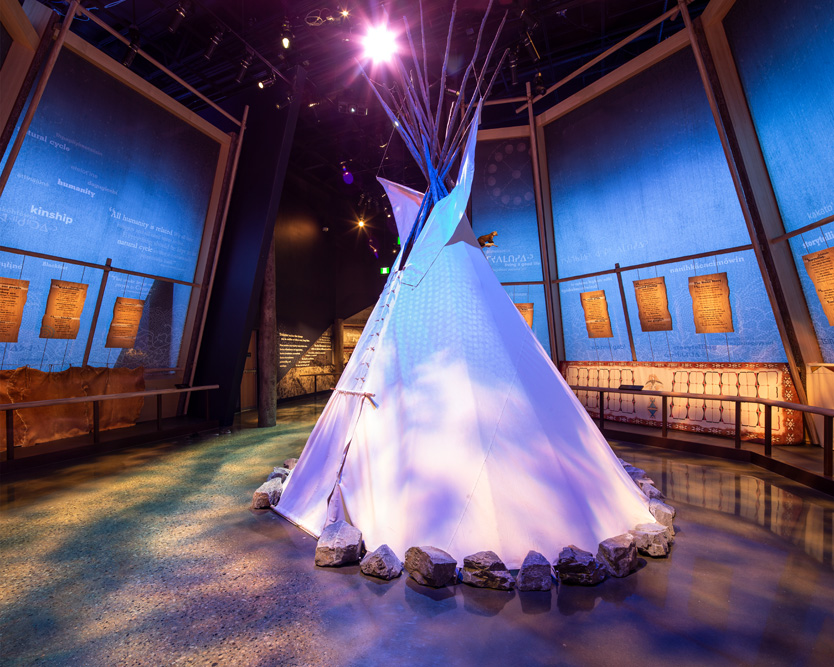 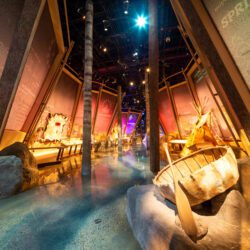 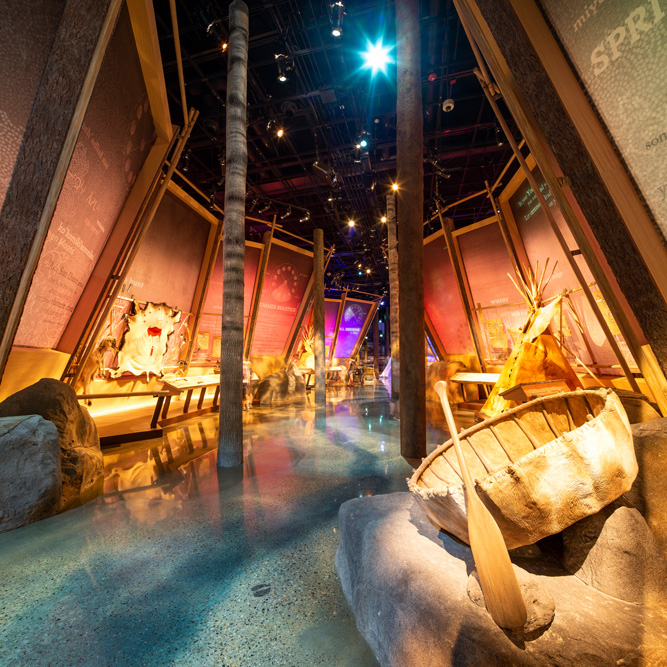 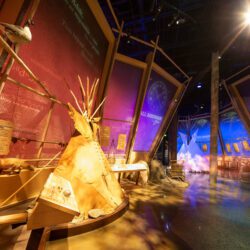 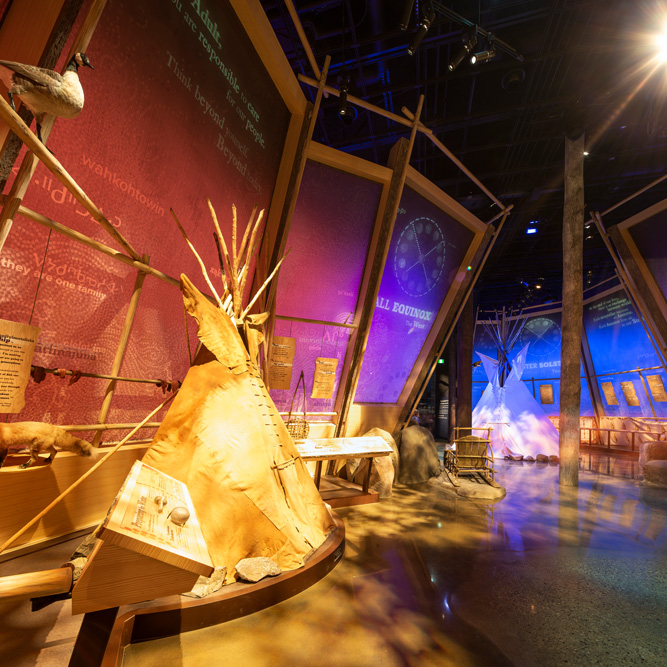 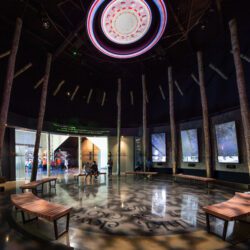 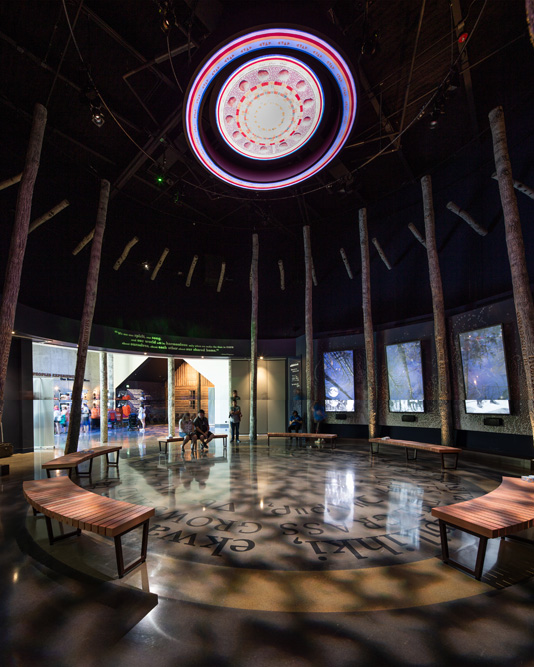 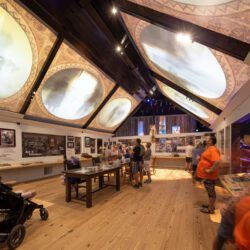 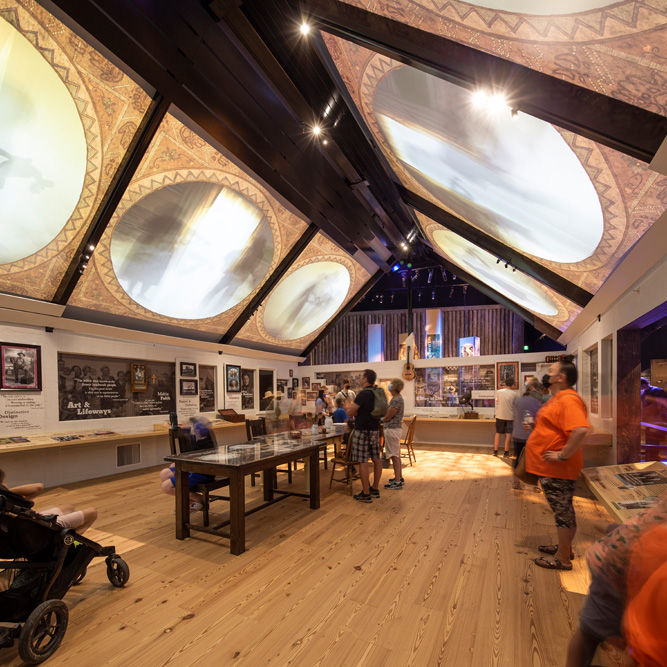 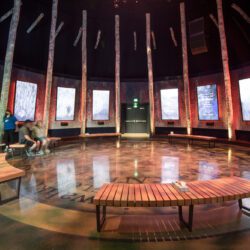 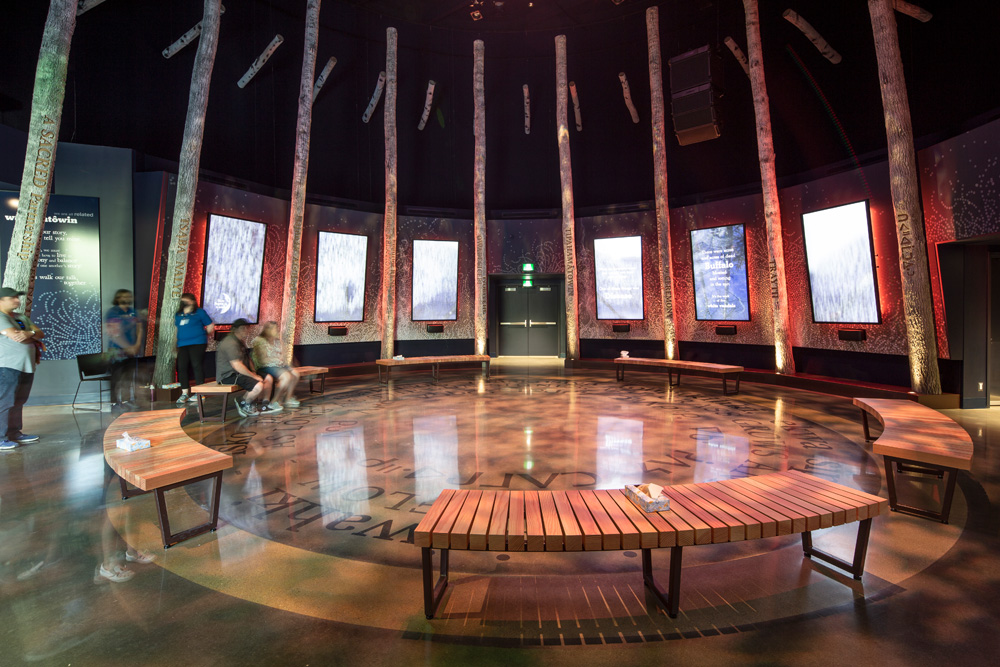 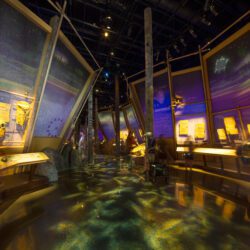 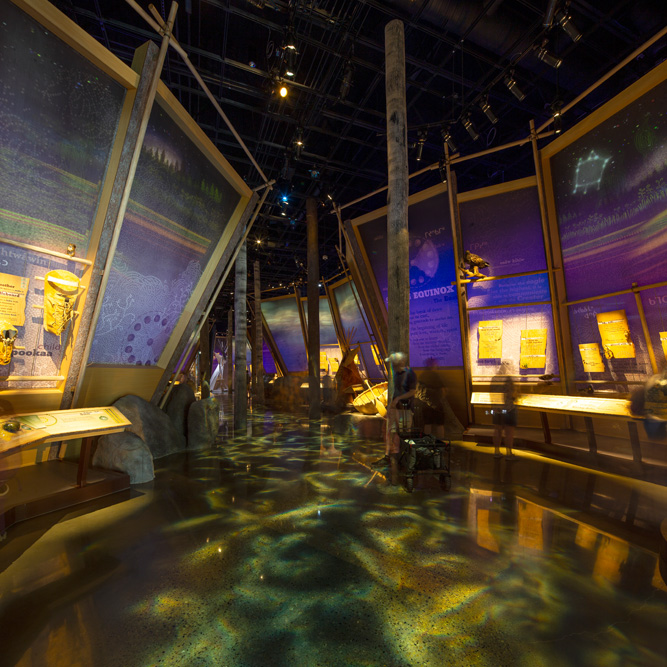 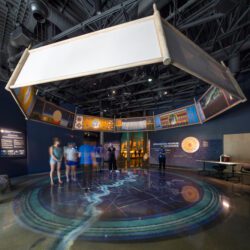 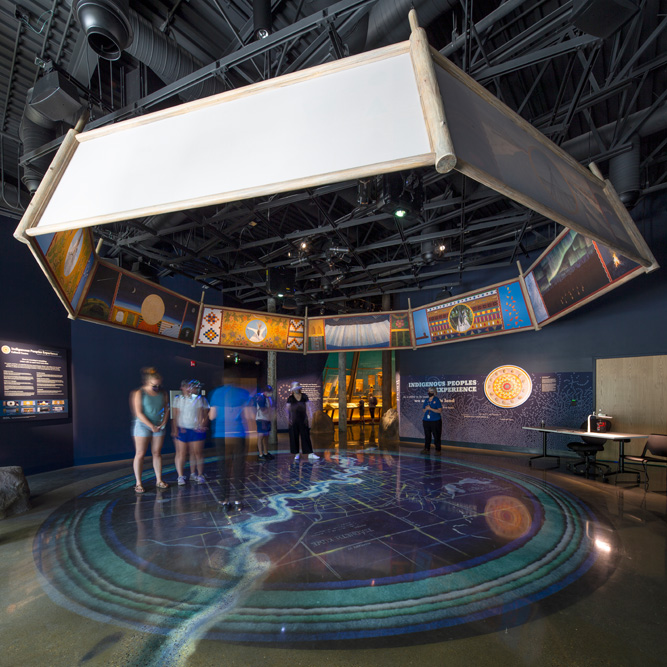 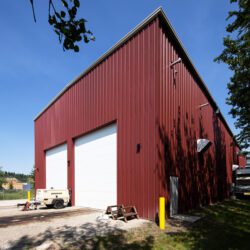 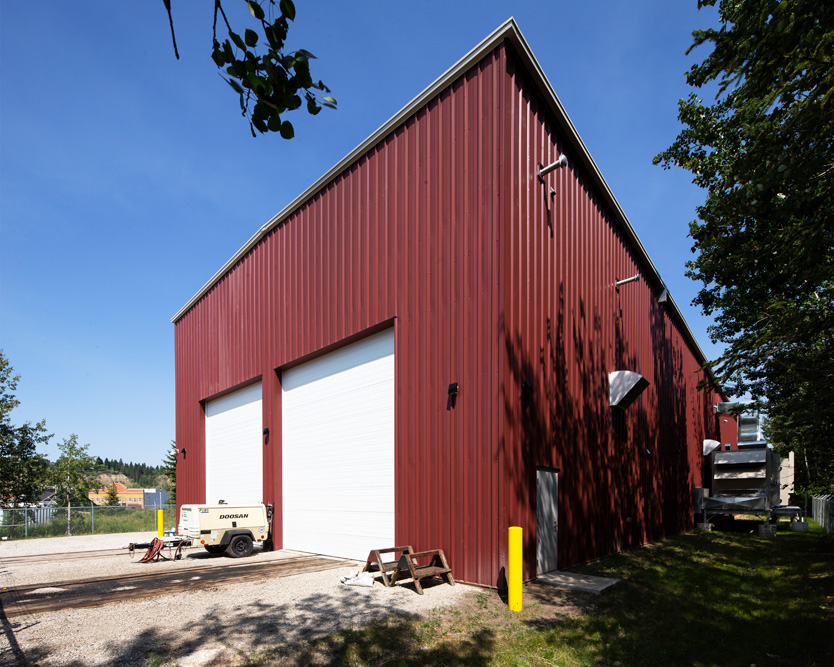 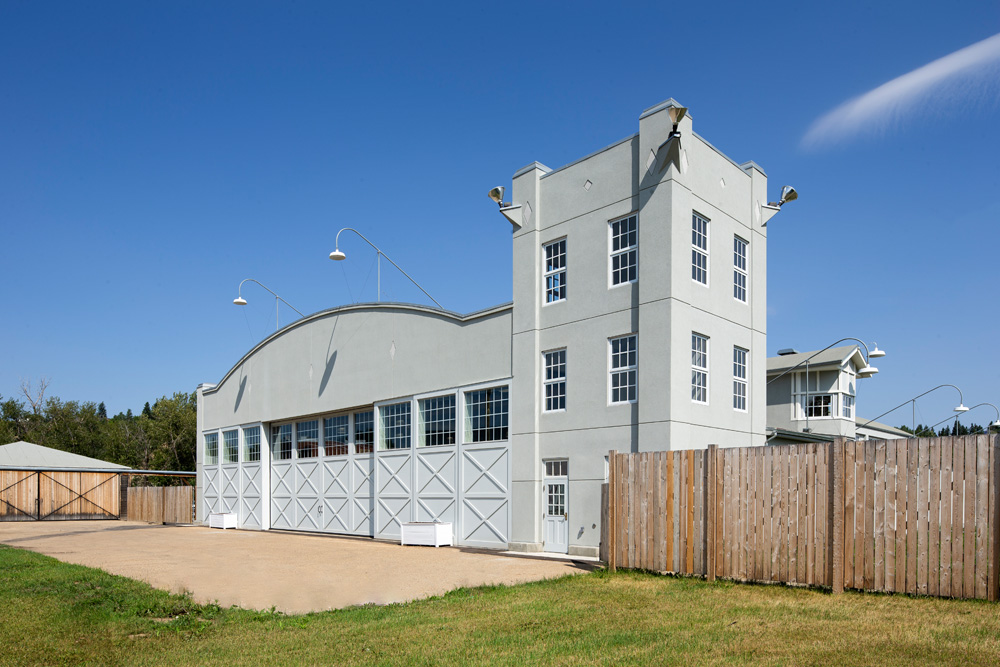 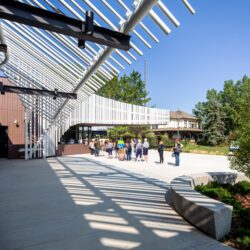 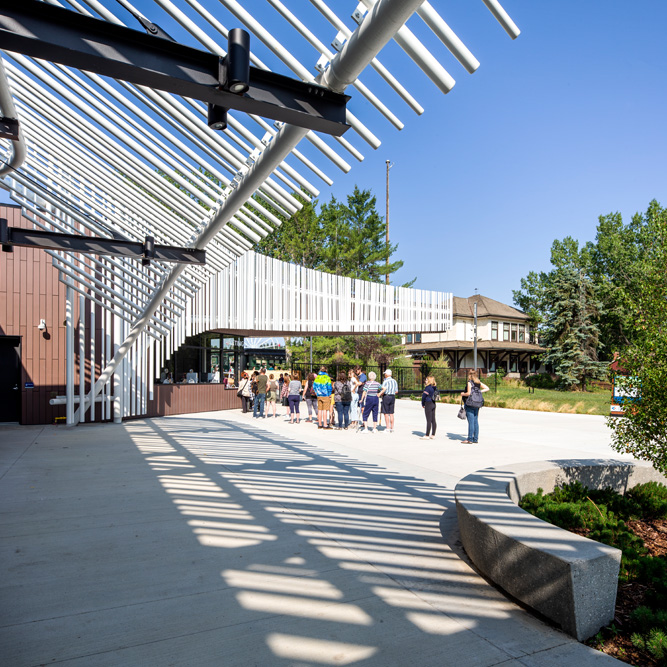